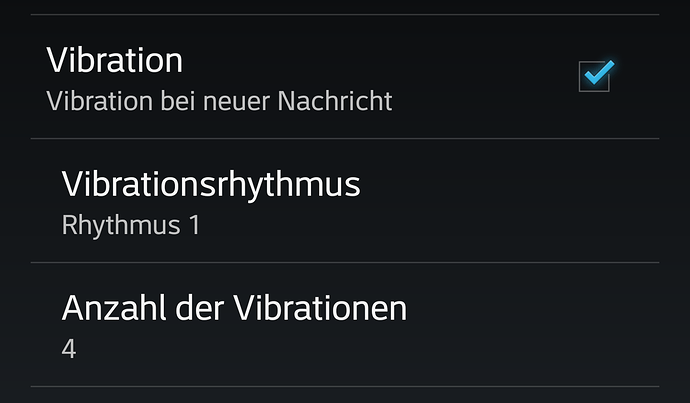 During the last two days I have spend a lot of time reading forum posts. I’m sad to say that I haven’t learned a lot. I now know that many of you liked the account overview screen and that you would like to have it back. But I couldn’t find a post that tried to explain why. If you want to have the account overview screen back, you have to convince us developers that it’s a good idea. So please explain how you used the app in a bit more detail. Have you considered (and dismissed) alternative app…

Thanks for that. I may need it, because the update keeps crashing my phone…

The old UI was plain and flat. No side menus, no swiping. Using the screen entirely with all important items (inbox, unread, favorites, folders, sync, etc) just one (in words: ONE) click away!
All reachable with just the thumb, even on larger screens.
There was text telling about updating within the app, there was text telling me what is happening when sending a mail.
There was a back button, that was a back button, not a quit button!
There was swiping possible to select mails very fast.

All in all it was lean, fast, easy, reliable, intuitive, informative and stable!

We really do not need to convince anyone as there absolutely was no need to change anything UI wise!

I haven’t spent the time to take a look at the development from 5.6 to 5.8 to see who thought the UI needed a change and more importantly, why!
Nevertheless, when it comes to software development, an update as huge as a breaking change like done to the UI is NOT an update from 5.6 to 5.8!!

It’s not only the new UI ruins everything k-9 was loved for, it’s also hiding change like that within 2 dot-versions! A change that huge needs a major version update as it completely changes the way the app is working! It’s not k-9 anymore! So do a new release “k-10” maybe!

All in all you want an explanation?
So please explain to the users why the devs are acting like script kiddies? Hiding major updates in a minor version bump against all development guidelines? Breaking changes with only 2 betas? A complete new app UI-wise under the label of a quality app? No announcements prior to the update? Why no 5.6.1 update just for announcement of the coming UI changes with a link to the betas, with explanation of the need to do so and a version bump to 6.x or a renaming to k-10?

Nothing, nada prior to forcing a complete and breaking change!!!
We, the users, need to explain the devs the principles of software development?

Acting against all that needs explanations, not vice versa!!!

Hi, I’m also one of the people who signed up to the forum over this update.

I’ve been using the new UI through betas ever since they became available (two or so years if I remember correctly). While I agree that the account switch UI isn’t intuitive for those that don’t want to use unified inbox (+ some other concerns raised by others like filters), I do think that this UI change is a huge step forward for k-9. I feel like many of these concerns can be easily fixed by developers (like by adding an option to jump directly into account switcher by pressing back button etc).

I’ve also had some concerns when I first moved to the new UI, but over time I got used, and last week when I switched phones I found myself specifically going for 5.8 as I couldn’t stand 5.6 UI+UX anymore.

For those who dislike these changes on first sight, I recommend giving it some time to see if you like it or not, perhaps you’ll fall in love with it like I did.

As I posted in another thread, I used the SINGLE buttons for selecting READ, UNREAD, and STARRED messages so I could edit the UNREAD messages and DELETE the ones I did not want (About 200 - 300 a day!). Never had to press more than 3 times to delete ALL of my unwanted, junk E-mails. For this reason, please BRING BACK the old UI.

I usually don’t abandon a piece of software after a wonky update - everyone has their ups and downs. It’s mostly the developers’ mindset that drives me away. I’ve seen this happen a couple of times aready with other projects - VLC’s main developer for example doesn’t want to support filenames with square brackets inside of playlists - something that works basically everywhere else - and he’s absolutely stubborn about it, even though it causes inconvenience for some users and would be easily fixable. Instead of a civil discussion, I was told to shut it and accept their way of doing things.

Over the last 14 years, I’ve developed a web service for my old employer, which is still being used by thousands of people, so I know what it’s like to have a UI change affect the daily lives of many. While studying, I also majored in UX design, so I’m not entirely clueless about that topic.

We are not @cketti’s customers or bosses, it’s his project. OBVIOUSLY he can do with it whatever he likes - and with the latest version, he has demonstrated that he will do just that, even though I wish he didn’t. His absence in the discussion about the new version is just as concerning to me, as his closing of the thread about why the account overview was useful after just 18 hours, with a closing note that basically said “I’ve seen enough” (whatever that might mean for us).

One thing I learned from my aforementioned web service is, that people are passionate about software they like, everyone for their own reasons. You can rarely change anything because there will be someone complaining. The only way to make sure everyone’s (mostly) happy is to provide customization options that allow people to pick what they want, but customization in general seems to be going the way of the dodo lately. Another example of that is Windows 11 removing the capability to un-group task bar buttons. Sigh.

We are not @cketti’s customers or bosses, it’s his project. OBVIOUSLY he can do with it whatever he likes - and with the latest version, he has demonstrated that he will do just that, even though I wish he didn’t.

Agree.
At least v5.600 still works for me.
It hopefully will so certainly for another couple of years. So it’s not the end of the world.
Case closed for me then.

I’m in totally agreement, with this new UI my thumb will have to grow by at least 2 in just reach the delete button. Rolling back, what a pain.

K-9 used to be unique, now it’s like every other email app out there. So why then should users choose k-9 over the competition? Sadly, there isn’t any reason.

Loss of the overview screen and buttons on the bottom are absolute deal breakers. k-9 is now wasting space on my phone.

I have small thumbs and phones area only getting bigger. Material design with everything at the top left makes it impossible to use one handed. The old design with navigation buttons and common commands at the bottom was much better and allowed for fast single hand usage.

Every email app has unified mailboxes, if I wanted that I could have used a different app, but I used k-9 for it’s better handling of multiple email accounts. Now that is gone. Unified mailboxes blurs the line between accounts too much, there needs to be absolute separation like before so that I don’t confuse which accounts I am looking at. I have many accounts for many different jobs/companies/uses. Having them all together doesn’t make any sense. Having a single portal to see the activity of each account and giving quick access to the ones I care about in that moment is what was good about k-9. Some accounts are really noisy and I have notifications turned off for them and in the unified view they overtake everything else.

I hope the developer back tracks on some changes. But I have no hope.

Also trying to get the font sizes the same as before, as the new UI makes everything huge. But the font selection just says default, doesn’t say what the deafult size was. Making it very hard to replicate what the old UI did.

New UI looks great IMO, but I can’t find the encryption settings. Encryption is the primary reason I use K9. Am I crazy, or was this removed?

Congratulations to the new release. But I agree the UI update is a desaster. Moving the buttons make the one finger usage impossible. These upgrade kills the unique selling point from k9mail and make it interchangeable with other free tools like gmail.

I’m another user who just reinstalled v5.600 and happy with that. Please support the 5.6 version for longer. Thanks.

Just chiming in to say I HATE the new interface. And yes, I did find the list of accounts, but when I tap an account, I have to tap AGAIN to see the Inbox. And then when I hit the Back button, it exits the app altogether. WTF? WHO thought this was a good idea? I realize this is a free app, and as such, we get what we pay for. I would happily pay $$ to have the old interface back, but from the comments I’ve been reading, the developers have no intention of bringing it back. I have used and loved and recommended K-9 for years, but now it looks like it’s time to find something new.