Having excessive data usage with a clean install of v5.737. 5G data seems to flow to/from the device with no indication that the app is grabbing new mail. When I force stop the app my continuous 5G usage also stops… until the app launches again. It is now my biggest data hog. I didn’t experience this with 5.600. 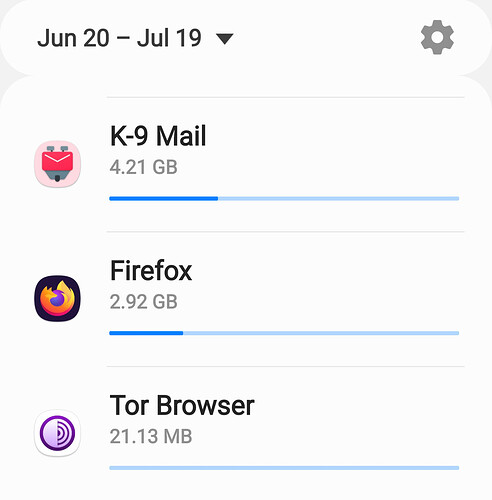 Anyone else seeing this? 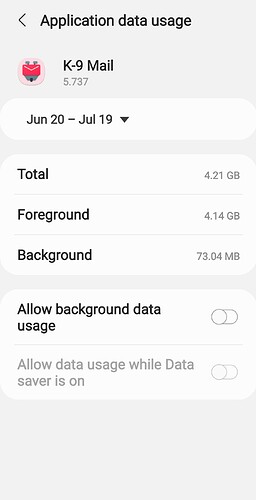 Sounds like K-9 Mail is getting into a loop where it constantly sends commands to the server. There is code in place trying to prevent exactly that. I’m very interested to learn what exactly is going wrong there.

Grabbed a log but out of commission with ADB until my AERO HDR comes back.

Your version has the ability to constantly stay connected to the mail server instead of polling for mails a few times per hour. For a long time that feature was broken. If that has to do with it?

After the app is force stopped through app settings it is ok until it starts to poll again… whether initiated by schedule or manually. After it finishes polling, as indicated by the cessation of the rotating circle, the phone continues to indicate upstream/downstream data seemingly ad infinitum until the app is force stopped again. I have disabled both background data usage/data usage during data saver on AND set background sync to “never” in K9 general network settings in order to stop the excesive data usage. v5.600 did not have this issue.

Disabling Push will most likely stop the excessive data usage. See How to configure Push?

When force stopping an app Android will make sure it won’t do anything until the user opens it again. So it’s not surprising that this will stop the data usage.

Restricting background data usage in Android probably has no effect when Push is active. K-9 Mail is using a foreground service and thus counts as foreground app.

Disabling background sync in K-9 Mail has the same effect as disabling automatic polling and Push for all accounts. It is effective in preventing background data usage, it also means K-9 Mail doesn’t automatically check for new messages.

Yes, I needed to go in and manually activate polling as a workaround.

It seems the PUSH settings you described
were the issue here as 5/6 accounts had it enabled? We’re seemingly back to normal functionality. Thank you! 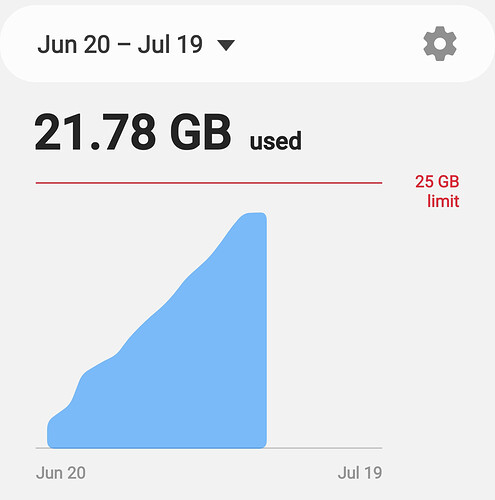